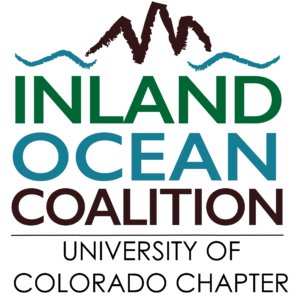 The CU Chapter of the Inland Ocean Coalition enables CU students to participate in an inland ocean movement that empowers, educates, leads, and connects them with projects that promote community action toward a healthier ocean.

The CU Chapter hosted several on-campus documentary film screenings, including Smog of the Sea and Chasing Coral, recruited new members, and brought in guest speakers from the community to discuss important ocean and water issues. The chapter worked closely with the musician and songwriter Jack Johnson to be highlighted at his Fiddlers Green Concert in Denver and published an online book called “Women of the Ocean.”

CU President’s Leadership Class – The President's Leadership Class is a four-year leadership development program for outstanding undergraduates at the University of Colorado, Boulder. It is a comprehensive program combining both academic and experiential curricula to expose students to leadership lessons on many different levels. The students that year picked the Colorado Ocean Coalition as one of their projects and worked to reinstate the campus chapter. They filmed and produced a video to launch the student group.