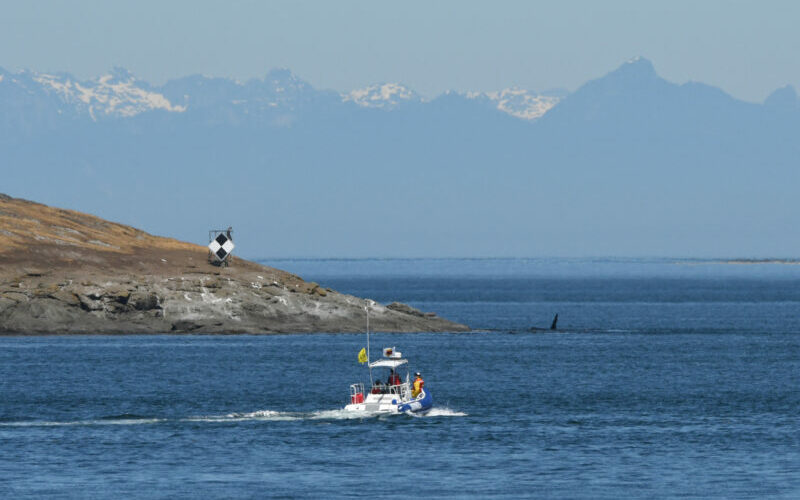 Some of you may know that June is orca awareness month. Few of you may know that there is a unique population of orca whales that live in the Pacific Northwest called the Southern Residents that are critically endangered. Even fewer of you may know that I, Taylor, am the Inland Ocean Coalition’s newest staff member serving as our Ocean Policy Manager. I am also an orca whale researcher in Washington state and am the Program Coordinator for the Soundwatch Program at The Whale Museum in Friday Harbor. Soundwatch is on-the-water education and research that mitigates risk and disturbance away from the Southern Residents in the heavily trafficked Salish Sea. If some of this is starting to sound familiar to you, it may be due to this whale, and this photo. 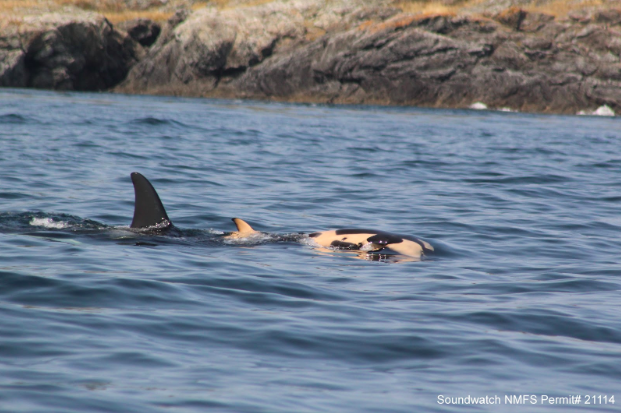 This is a photo of J-35 ‘Tahlequah’ who carried her deceased calf for 17 days last summer. I actually took this photo and monitored J-35 for 12 days over 1,000 nautical miles (5 days the whales were out in open ocean). This photo made it around the world and back again, and brought attention to the plight of the Southern Resident orca whales. However, this is not a new story.

The Southern Residents are estimated to have numbered around 200 individuals pre-exploitation. In the 1960s, the possibility of holding orca whales in captivity to make a profit was realized with the successful capture and care of Namu in Biritish Columbia, then housed on the Seattle waterfront. Namu did not survive for long, and the search for a replacement quickly lead us to the Southern Residents. Around this time researchers had just figured out how to identify individual orca whales, and realized that pods are made up of strong family and social bonds. In 1972, the last live capture of orca whales in the United States took place in Penn Cove in Washington where 47 Southern Residents were removed from the populations. Five did not survive the capture, and the rest were sent around the world to theme parks. The whales returned to the wild were mostly older individuals and males, since young females were targeted by theme parks for their reproduction potential. In 1975, there were only 71 Southern Residents left in the wild. Today there are 76. 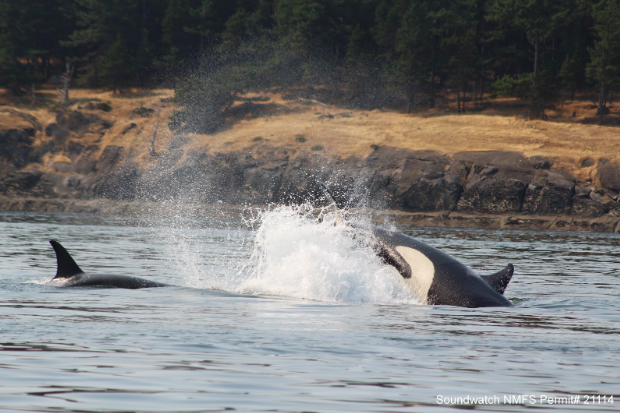 In the late 90s there was an increase to 98 individuals in the population, but since then there has been a steady decline in the Southern Resident population. This decline lead to the National Oceanic and Atmospheric Administration listing the Southern Residents as a distinct endangered population under the Endangered Species Act. In this listing, three main threats to the populations where listed as vessel disturbance, prey availability, and contamination.

Great efforts have gone into reducing these risks to the whales with the most recent rendition being taken by Washington state Governor Jay Inslee. In March 2018, Inslee signed an executive order creating an Orca Recovery Task Force that would produce legislation to further aid in the recovery of the Southern Residents in a years time. Last summer was a difficult time for the whales and we had three high profile losses in the population: J-35’s calf (unnamed), J-50 ‘Scarlet’, and L-92 ‘Crewser’. A year has passed, so what’s changed? Four bills passed through the state legislature that came from the Task Force. Most of these changes focus on vessel disturbance, increasing approach distance by vessels from 200 to 300 yards, introducing a speed limit of 7 knots within a half mile of whales, and including Be Whale Wise information into state boater testing. 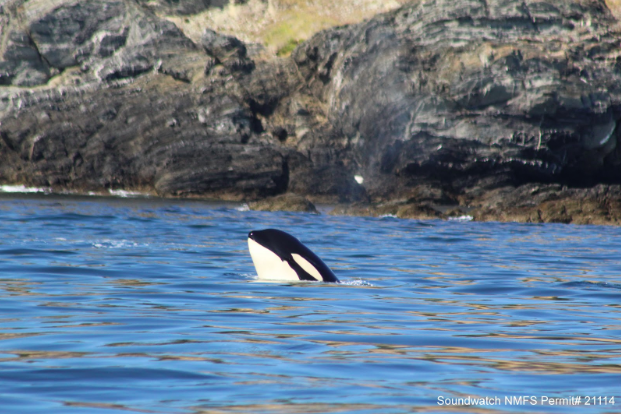 If you’d like to learn more about the Southern Residents, or be a part of the naming process for the two new calves, visit The Whale Museum’s website. If you are in the area and would like to volunteer for Soundwatch you can find information there as well. For those who would just like to help the whales there are many things you can do. Being informed and educated is a great first step, and even if you do not live in the Pacific Northwest there are things you can do everyday to help these whales. Being eco-friendly and using less single-use plastic benefits that environment as a whole. Purchasing truly sustainable seafood is a great way to reduce bycatch and impacts to the ecosystem. Being a part of the Inland Ocean Coalition, helping to educate your community and representatives, and sharing your voice can make the biggest difference. We’re excited to share our passion with you, and hope you share yours with us, so we can best protect all that we love. 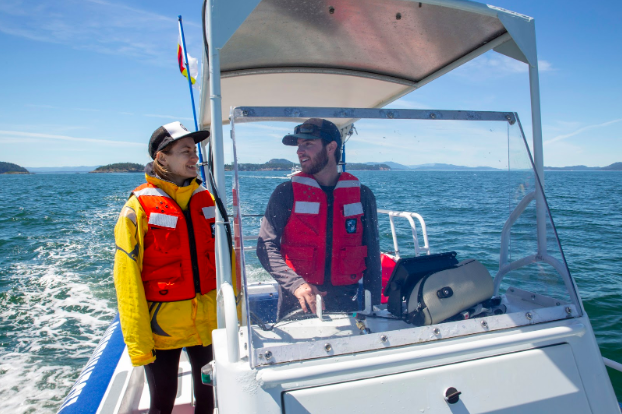