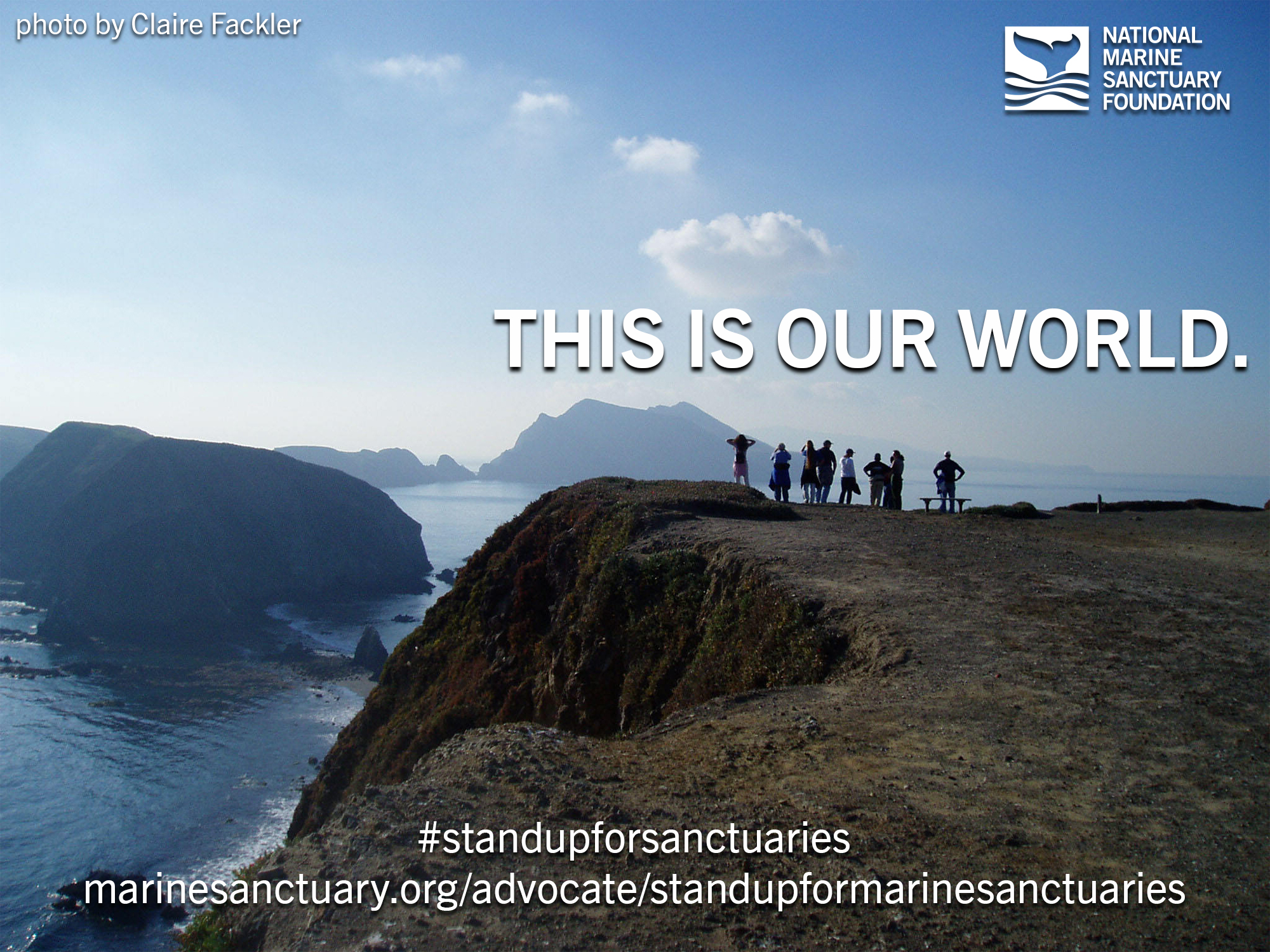 We all eat. We all breathe. We require water to live, and we are all subject to the effects of the weather and climate. No matter where you may be in this world, the ocean makes all of our lives possible. In our day to day lives, it can be easy to carry on without considering the natural processes that allow us to sustain our economies, enable our cultures, and plan for future generations. It can be difficult to comprehend the many connections we have to the ocean, especially if you live away from the coasts. But nonetheless, we are all critically dependent on a healthy, functioning ocean. And a healthy ocean requires an informed, mobilized public ready to protect it.

President Donald Trump has signed an executive order that would allow for the expansion of oil and gas exploration along US coastlines, a move that would endanger a host of marine sanctuaries along both the Atlantic and Pacific coasts, American Samoa, and Hawaii. The “America-First Offshore Energy Strategy” aims to allow fossil fuel companies to expand their reach into regions of the American coast and beyond that were recently set aside for conservation by the Obama administration. In doing so, the future of 11 protected areas may be in jeopardy, as the Trump administration will begin to review the policy behind each sanctuary to either limit or abolish their protected status and weaken their protective capabilities.

President Barack Obama invoked a provision in the Outer Continental Shelf Lands Act of 1953 to permanently ban the development of offshore drilling practices along large portions of the Atlantic and Alaskan coasts, an unprecedented act that would ensure his environmental legacy following the Paris Climate Accord and the designation of numerous American monuments and reserves, both on land and sea. In continuing his quest to dismantle the Obama legacy, President Trump has promised to revitalize the fossil fuel industry by crippling numerous environmental regulations he claims are harmful to the economy. Despite the downward trend in oil and gas prices and the continued rise of renewable energy, President Trump is adamant that the revival of American prominence on the world stage lies in our continued reliance on an outdated and dangerous energy system. He has said, “Renewed offshore energy production will reduce the cost of energy, create countless new jobs, and make America more secure and far more energy independent.”

National Marine Sanctuaries and Marine Monuments are both types of marine protected areas (MPAs). The primary difference between the two is the process by which they are designated and the laws under which they are established. More broadly, marine protected areas are regions of seas, oceans, estuaries, and lake and river systems that are designated as limited or no use areas for the purpose of conserving biodiversity, ecosystems, and natural resources.

This is a centuries old idea that received modern revision during the 1950s and 1960s as fish stocks and marine resources began to plummet under the weight of industrial pressures. Using the Antiquities Act of 1906, a statute enacted by President Theodore Roosevelt, President Obama protected over 550 million acres of land and sea, and more than doubled the existing size of MPAs in the US, including the massive Papahānaumokuākea Marine National Monument, one of the largest marine protected areas in the world.

The Trump Administration, through the Department of Commerce, has announced a 30 day public comment period on the review of National Marine Sanctuaries and Marine National Monuments Designated or Expanded since April 28, 2007. This review opens up our nation’s underwater treasures to the threat of oil and gas exploration and development and the myriad dangers that come with this – seismic airgun blasting, oil spills, and an increase in the greenhouse gases that are warming our planet with devastating impacts on our ocean.

As citizens of inland America, it is essential that we be aware of the importance of marine protected areas, not only for their aesthetic value, but for their ability to revitalize and sustain natural resources that are critical to the wellbeing of our ourselves, our economy, and the generations that will come after us. Our communal waste, be it plastics, agricultural runoff, or industrial pollution, inevitably finds it way into the ocean, as we have seen in dramatic fashion with the rise of massive garbage patches and vast dead zones where little life can thrive. Our food and transportation choices impact marine food webs, creating emissions that are absorbed by the seas, increasing ocean acidity and and temperature and contributing to the melting of the planet’s ice sheets. Although we may live our lives hundreds or thousands of miles from a coastline, our actions and our knowledge of the collective impact of humanity on the ocean will nonetheless have an effect on its long term functionality and resilience.

Putting America first means protecting its natural treasures for all Americans, not exploiting their resources for short term gain for a very select few. It means keeping an eye on future generations and actively preparing a world for them that is as rich and beautiful for them as it has been for us. It means recognizing the true economic potential that lies in maintaining the oceans as they are, not in exploiting the combustible refuse of an ancient world that no longer exists. It means disseminating knowledge, founded in sound science, that opens our eyes to the true complexity of the seas, creating a community of inclusivity where all people identify with their many connections to the ocean. With the continued rise of denialism and rhetoric aimed at discrediting scientists and the realities of the dire state of this beautiful blue planet, the power of our communal voice has never been so important.

Take Action!
The National Marine Sanctuary Foundation has written a letter to Secretary of Commerce Wilbur Ross in opposition to revoking or weakening any of the designations or expansions of national marine sanctuaries and marine national monuments that are under review. Please add your name today and/or submit a comment to the Federal Register on why protecting these areas is important to you.